Alana and James opted to make their wedding a little bit of fun by holding their big day on New Years eve, and have a 20s theme wedding. All their guests would dress up in 1920s era clothing with a nod towards the fact that they were ringing in the 2020s. There were pin striped suits and flapper dresses galor on top of the hill at Crafers West and their reception ‘roared’ right into the early morning hours!

Both Alana and James had made it fairly clear to me that they werent a huge fan of having photos taken, and requested that I mainly stay in the shadows for the entire day taking more candid shots of what was going on. This included the preparation period of the day. So after having set up the photo booth at the venue in Crafers West, I head down to the friend’s house that James was being prepared in. Alana and Jame’s son was getting ready there too, and made the whole scene a delight with his silly antics.

Helping the little one

Putting on tie in bathroom

Looking out the door at guests

Groom getting ready in hallway

Groom getting ready at door

Alana was being prepared nearby in the family home, surrounded by family and friends, and while most people I shoot state that they dont like being in front of a camera, I’m that kind of a photographer that likes to sneak in a shot or two during totally oragnic moments that capture a proper smile and authentic emotion. Thats what I feel as though wedding photography is all about!

Girls having a chat

Little one looking on

Bride having fun before the ceremony

Usually when I do a writeup of a wedding I have covered as a wedding photographer, I like to make sure everyone knows the venue, however the venue that Alana and James chose isnt actually on the map. Although the oowners live on site, it is a venue that is public, and has held weddings and events in the past, but it’s not published anywhere due to the owners not feeling as though the site isnt quite ready yet. It is an amazing spot in Crafers West though, with sweeping views of Glenelg and everything inbetween. The fun part of having a New years Eve wedding here was that we could watch the Glenelg fireworks at 9pm and 12pm, although they were quite small and far away.

Asthis was a 20s theme wedding ceremony, all of Alana and James’ guests had dressed for the part and watched them get married over the nifty little duck pond found at the center of the property. Alana and James had set up their arbour overlooking the view, and although it was a fairly cloudy, and smokey day due to bushfires, it was a stunning view.

Under the arbour looking over Glenelg

Smiling couple during the wedding ceremony

Listening to his vows

Walking back along the bridge together

As I mentioned earlier, glamour photos were not a thing Alana and James were looking forward to, so I made sure that our glamour shoots were short and to the point. I had them walk along the driveway surrounding the reception venue twice and that was it – I then tried to use some of the natural features of the garden during the night when convenient.

Walking along the driveway overlooing Glenelg

Dancing along the ridge together

Walking amongst the bush

Walking together along the driveway surrounding the reception

Standing together with the arbour in the background

Together amongst the tall grass

Standing in the glowing haze of the dying sun

The main event of the entire day was really the reception party – Alana and James had sources several food carts and caterers to feed and water their guests, while also making a splsh with an impressive champagn flute pyramid which was  filled up towards the end of the night. All their guests were very chummy with one another which made the whole 20s theme wedding really come together nicely and made the whole night a joy to be a part of!

Guests hugging in the twilight

Guests having a good trime

Watching the fireworks on their wedding day

Having fun on the dance flor

Pointing at the camera

chatting in their 20s themed outfits

Thanks a bunch to Al;ana and James for having me as your wedding photographer! 😀

Announcing the Winner of the Valentines Day contest
Scroll to top 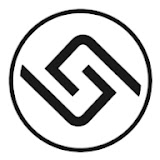